The Medill Spiegel Research Center continues the long tradition of incorporating mathematics, statistics and psychology to understand the principles of effective advertising at Northwestern. Professor Emeritus Ted Spiegel’s vision was to tie academic research more closely to the profession of marketing, which was his personal and professional heritage, to solve business problems. 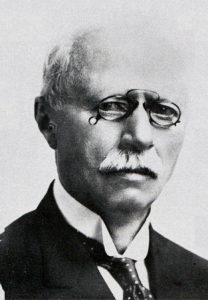 Joseph Spiegel emigrates to Chicago and opens a retail turned mail-order business. Spiegel couples a customer’s product purchases with demographics and payment history, a revolutionary practice for a time long before digital customer analytics. These innovations give Spiegel a data-driven and customer-centric edge. 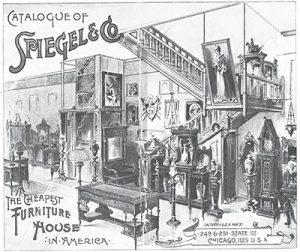 Spiegel's furniture shop opens in 1865 on Wabash Avenue in Chicago

1893
Modie Spiegel Takes Over as President 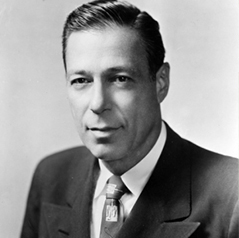 Modie Spiegel takes over as president of the Spiegel Company and works at the company for 50 years.

Under Modie’s leadership, the Spiegel company pioneers customer-centric business tactics that allow it to become a cultural icon. Customers thank Modie for the role that the Spiegel business plays in their lives, sending pictures of their children wearing matching Spiegel outfits and themselves wearing Spiegel clothes on their wedding days.

Modie’s legacy includes sales of more than $6.6 billion in merchandise, orders from 3.5 million customers, and 200,000 jobs. 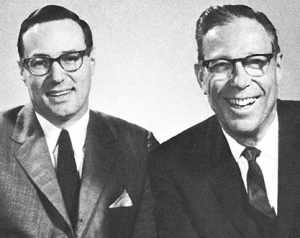 Ted Spiegel, grandson of Joseph Spiegel and the namesake of the Medill Spiegel Research Center, joins the family business, Spiegel, Inc. He serves as vice president of marketing. 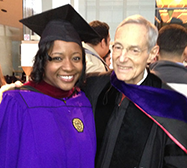 Pulling on his experience in catalog marketing and business strategy to help a wide range of clients from Walt Disney to the Reader’s Digest to the Library of Congress, Ted establishes a direct marketing concentration (a first in the nation) at Northwestern and is instrumental in shaping the IMC curriculum during his 25-year Northwestern career.

"Ted Spiegel's enthusiasm for learning and teaching led to innovations that will influence not only the direction of IMC but larger parts of the University. He understood that new communications technologies were having an enormous impact on his field, and helped bring those technologies into the classroom."

2011
The Spiegel Research Initiative Is Founded 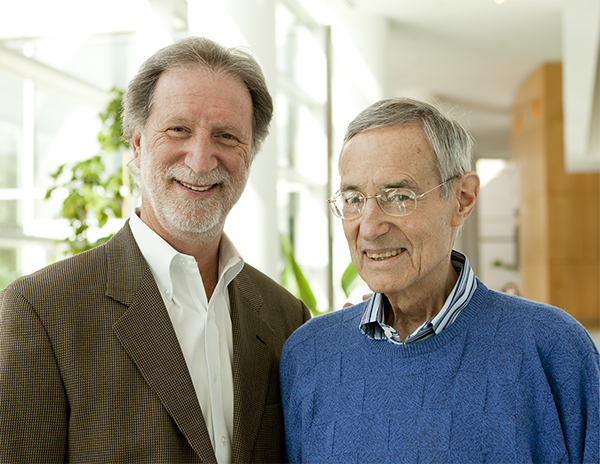 The Spiegel Research Initiative is founded by a generous gift from Ted and his wife Audrey with support from corporations, alumni, and friends. The focus of the initiative is to do evidence-based, data driven analysis to prove the relationship between customer engagement and purchase behavior. Tom Collinger and Ed Malthouse take on the roles of Executive Director and Research Director respectively.

Karin Giffney, former vice president of marketing for T-Mobile and currently President of the Two12 Group.

Nick Beil, former CEO of Performics, the search marketing agency of VivaKi, and currently the COO of Narrative Science.

Paul Rand, founder and former CEO of Zocalo, and currently Vice President of Communications at University of Chicago. 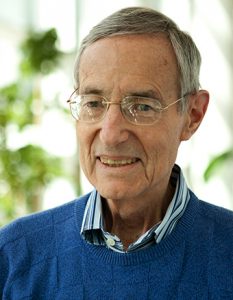 Ted Spiegel passes away. As late as two weeks prior to his passing, Ted discusses research ideas with Executive Director Tom Collinger. Spiegel officially earns “research center” status. “Ted mentored many faculty members and students. Up until a few weeks ago, he was challenging the IMC faculty to improve teaching with the use of new technologies and teaching approaches. We will miss his vision for IMC education and research.” – Ed Malthouse, Research Director, Medill Spiegel Research Center Read Medill's tribute to Ted Spiegel
Research Studies and Presentations
Research director Ed Malthouse and our post-doctoral study student Su Jung Kim present their findings on online negative word-of-mouth at Social Media week in Chicago.
SRC Presents at the Social Media.Org Brand's Only Summit 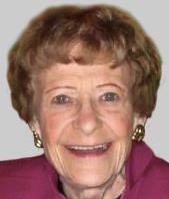 Audrey Spiegel passes away. As a Northwestern alumna, and wife of Ted Spiegel, the Medill Spiegel Research Center honors her legacy.

"She was generous and glamorous, a radiant personality with a wonderful sense of humor." 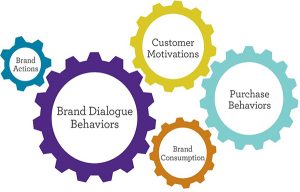 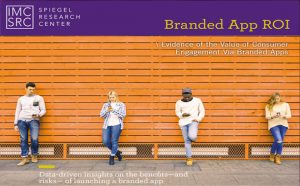 The Medill Spiegel Research Center publishes an e-book examining ROI of branded apps and another e-book on the power of customer reviews. Spiegel researches the value of paid versus owned media. Spiegel also publishes academic papers on these topics and presents key findings at academic conferences and conferences for marketing practitioners in partnership with sponsor companies.
Spiegel Grows Its Student Collaboration

Spiegel grows its student collaboration, working with 20 students across four different teams and is honored with the Education Award from Marketing EDGE for Educator of the Year for its innovative student research approach. 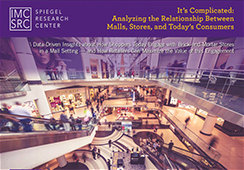 In 2018 the Medill Spiegel Research Center publishes an e-book on retail marketing examining the question of how retailers and mall operators can best engage customers. The center begins the Spiegel Spotlight interview series that highlights findings from the B2B marketing research in partnership with Deloitte and the creation of a “Customer Engagement Index.” The center publishes academic and marketing practitioner articles on B2B and retail marketing and presents these topics to both academics and practitioners.
Spiegel Begins Partnership with ShopRunner

The center begins a partnership with ShopRunner, an online ecommerce platform, and with the Medill Local News Initiative, “a two year research and development project intended to spur experimentation to new approaches to local news.” Spiegel conducts an analysis of 13 terabytes of data from the Chicago Tribune, San Francisco Chronicle and Indianapolis Star that finds subscriber retention is closely linked with regular reader visits and consumption of local content. 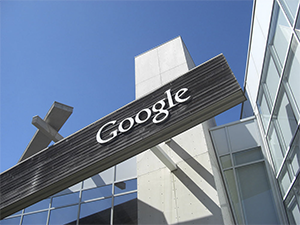 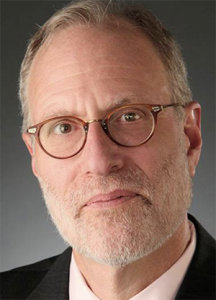 Tom Collinger, Spiegel’s founding Executive Director, retires and is succeeded by Jonathan Copulsky, a Medill faculty member and a former CMO and Principal at Deloitte. The Center’s mission remains unchanged, but the logo is changed to reflect NU’s brand standards, the center’s name is shortened to the Medill Spiegel Research Center, and a new tagline is created to reflect the center’s focus on engagement -- “Engagement drives outcomes. We prove it. You use it.”

Work continues with local news outlets, including the Arkansas Democrat-Gazette, which had ended print delivery of its Monday-Saturday papers statewide throughout 2018 and 2019 and transitioned to a digital replica edition. All subscribers were provided a new iPad to access the replica edition, as well as one-on-one instruction, training and technical assistance. The Spiegel research, led by Research Director Ed Malthouse, and supported by IMC graduate students, examines how reader engagement and customer lifetime value grew as a result.

Collaboration continues between Spiegel and the Medill Local News Initiative

Collaboration continues between Spiegel and the Medill Local News Initiative, culminating in the delivery of a prototype of the Medill Subscriber Engagement Index. Work begins on the operational version of the index. Medill signs an agreement with McClatchy, which operates 30 local news organizations in several major markets in the U.S., to become the initial participant in the Index. Medill also signs an agreement with media services firm, Mather Economics, to work together on the index. As part of this agreement, Mather will supply data to the Medill Index from potentially hundreds of local news markets. The Mather agreement provides Medill with the ability to make the Subscriber Engagement Index a robust benchmarking tool that will be invaluable in helping local news outlets better understand their performance with digital subscribers and reader revenue.

The Spiegel-LNI collaboration delivers an operational version of the Subscriber Engagement Index, as specified by the Google grant. Mather and Medill conclude agreements to include about 150 local news markets in the Index. Those agreements include major companies like Tribune Publishing, Hearst, Advance Local and Lee Enterprises, as well as agreements with individual publishers, like the Philadelphia Inquirer, Dallas Morning News, Tampa Bay Times, Seattle Times, Newsday, Denver Post, Las Vegas Review Journal, Bangor Daily News, Cedar Rapids Gazette and many others.